A downloadable game for Windows

The Adventurer’s Guild is a narrative driven simulation management game. You play as the newly appointed Guildmaster of the Northern Plains. With a small crew of adventurers, you’re tasked with helping the small town of Cynbalt complete the tasks of everyday living. Send adventurers to fight monsters, explore the land, settle disputes, and interact with powerful factions. Keep an eye on your funds, and decide the fate of the Northern Plains, one quest at a time.

We're still in development! If you would like to give feedback or just reach out, feel free to add to the discussion board on itch, or contact us on Twitter @team_ehhhhhhh! 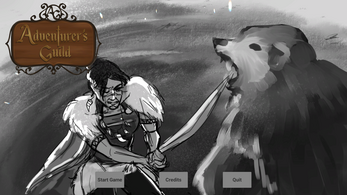 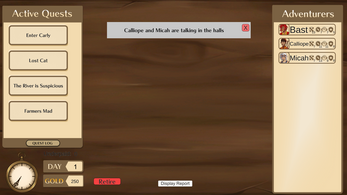 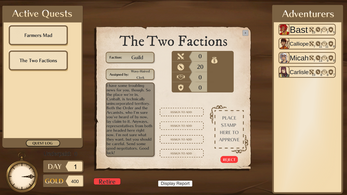 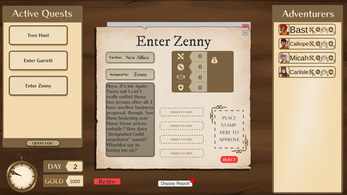